Professional Hockey is a hard life for most of the players, even though it may not seem like it when you hear about million dollar contracts. It’s hard to imagine someone being depressed with that kind of money, but depression is not about money, it’s about feeling. And in some cases, instead of easing the pain, the money fuels the addiction that ultimately leads to the destruction of the person. 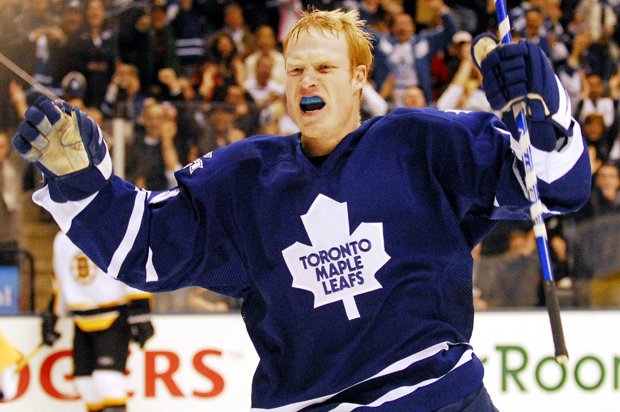 I bring this up because Wade Belak, who was 35 and recently retired from being an enforcer for the Predators and before that for the Toronto Maple Leafs, was found dead in Toronto and while no cause of death has been officially issued, the police report says that it was most likely suicide from hanging. He is the third hockey player in two months to die of either a drug overdose or taking his own life. And that has brought the sport’s ability to cope with mental deficiencies under fire.

You see, when you are a “warrior” as often players are known, there is no room for depression. It’s considered a weakness. Something that is to be shrugged off and organizations that drive these men and women have no tolerance for weakness. Their goal is to win and if a person can’t do the job, someone else will. And so players are afraid to show any sign that they may be depressed or have mental issues for fear they will be cut. And unlike some other sports, there is no retirement plan in the NHL. Once you are cut loose, basically all you have are memories unless you were smart enough to have saved wisely.

His mother made a statement that he was indeed depressed, but was trying to get it under control. But he hid it well, always laughing and known for his rapier wit. But that need to hide the pain inside can wear on a person, little by little ripping them apart until they feel cornered with no place to turn. It’s society that puts these pressures on. A diagnosis of depression shouldn’t be seen any differently than one for diabetes or heart disease. If a player had these issues, they would get help right away. But be it a mental illness (which I really don’t think depression should be listed under), it can only be discussed in shadow. And that is what drives many to go to the extremes. Families try to help, but often that help is not enough and the victims of the disease refuse to go for counseling or treatment, much to the pain of those that want to help.

I feel for all of the families that have lost their love ones over the course of Hockey’s history and in recent months and hope that this is a wake up call to the NHL that they need to help the players deal with the emotional pain as well as the physical pain that the sport creates. Only then, can it really be safe out on and off the rink for those that play.
Click to expand...